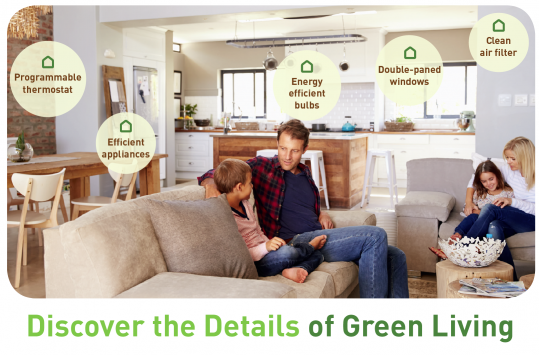 When you step into a hardware store, you’re faced by a wall of energy efficient lighting

Both are replacements for the phased-out incandescent bulbs. Keep these five things

in mind as you re-light your home with these more efficient bulbs:

Though upfront costs for LEDs and CFLs are higher than the old incandescent bulbs, the payback comes

and last 25 times longer than a 60W incandescent bulb. With LEDs operating costs at about $1.00 a

year, it’s possible to save $135 in electricity costs over the life of the bulb. Energy Star CFLs use about 75%

Tip: CFLs contain a small amount of mercury. Don’t toss them in the trash. Instead, recycle them through

a qualified recycler. If you break a CFL, clean it up carefully

CFLs and LEDs can be swapped for decorative lights, halogens, recessed fixtures, and tube bulbs.

Use them for any function you used incandescents, and some new functions that are more tech-savvy.

Some LEDs allow you to program styles that promote relaxation or focus.

CFLs and LEDs are measured in lumens—the amount of light a bulb puts out—not in watts. Make sure to

choose bulbs with the right lumens for your needs.

•Replace a 75-watt incandescent bulb with a CFL or LED bulb that provides 1,100 lumens.

Check a bulb’s Correlated Color Temperature (CCT) to get either warm or cool light. Light color is

and higher ones are associated with cool, bluer or whiter lights. Choose:

•3500K to 4100K for neutral or cool white, appropriate for kitchens and work spaces

The Color Rendering Index (CRI) is a scale that ranges from 0 to 100, indicating how the color of objects and

skin will look with a given bulb. Bulbs with higher CRIs help things look closest to their true colors.